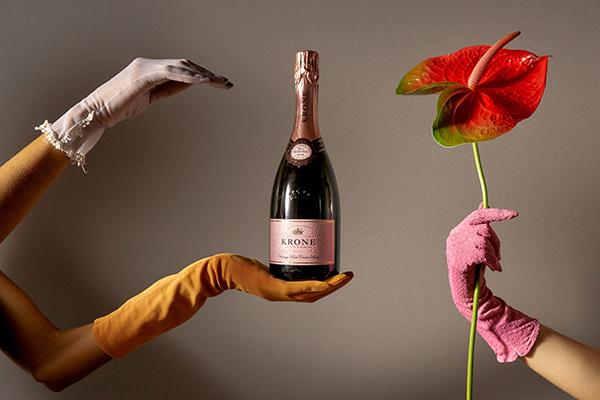 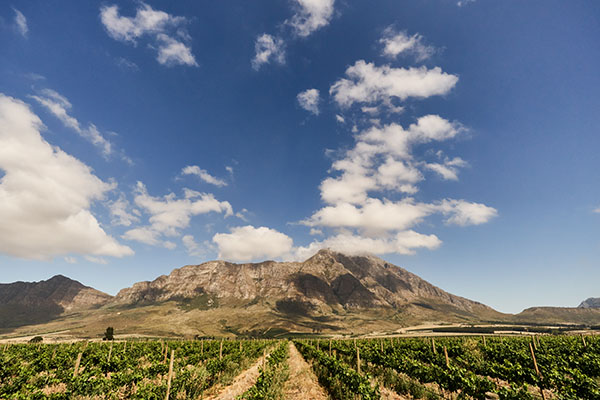 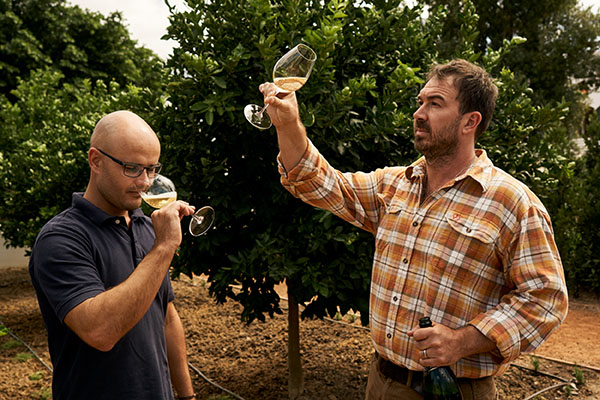 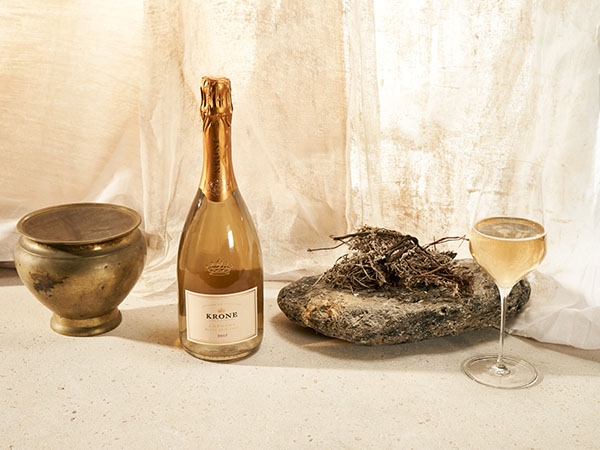 Twee Jonge Gezellen is among the oldest farms in the Western Cape. Originally, it was one of 14 farms established after 1700 when the then governor of the Cape, Willem van der Stel, motivated for an expansion beyond Cape Town into the Winterberg, Witzenberg and Roodezand area. The area was to become Tulbagh, and the town was established in 1743.

Translated from Dutch, the name means Two Young Bachelors. The farm was started by two young bachelor cousins in 1710, and since the locals referred to the farm as “the place where the two young bachelors stay”, the name stuck. However, the two bachelors did not remain bachelors for long, since it was their direct descendants who began making this sparkling wine.

The making of vintage-only Krone MCC is directed by nature: from soil to vine to bottle. Their winemaking team channels the rain, the sun, the wind into structure, complexity and balance—and seals it all with a cork.

The site-specific rocky soils of Tulbagh are like nowhere else in the Cape Winelands and bedrock for making great Cap Classique. Traditional grape varieties (Chardonnay & Pinot Noir) are picked early in the season and are night-harvested under the light of the stars.

These methods help the grapes to retain a high natural acidity and low sugar content. The grapes are then quickly whole-bunch pressed to preserve the aromatics as well as the clarity of the juice. Only free-run juice is used.

Each grape variety is fermented individually in tanks and the first fermentation produces a low-alcohol base-wine. This fermentation lasts for a period of approximately four months and once complete, the different base wine batches are blended and bottled. Krone MCC is made in classic bottle-fermented style with maturation on the lees in their 300 year-old underground cellar.