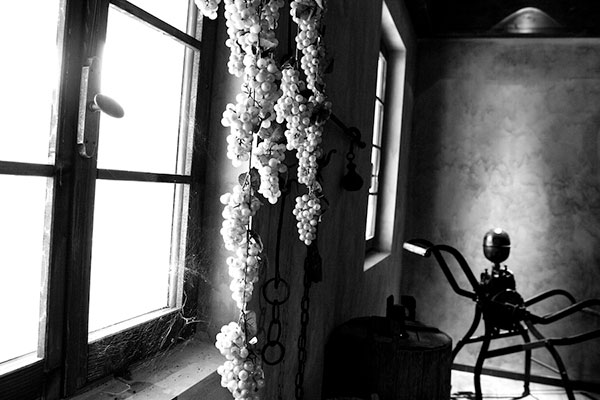 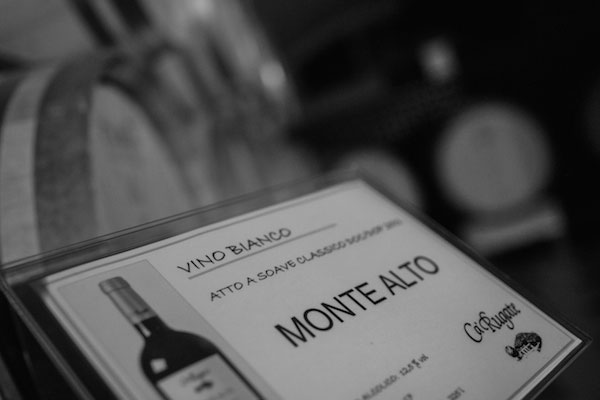 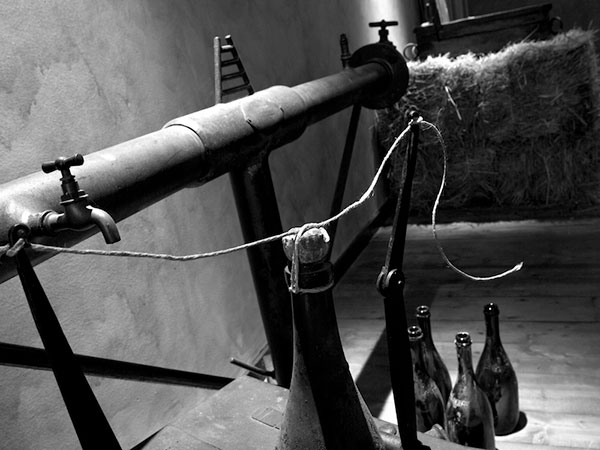 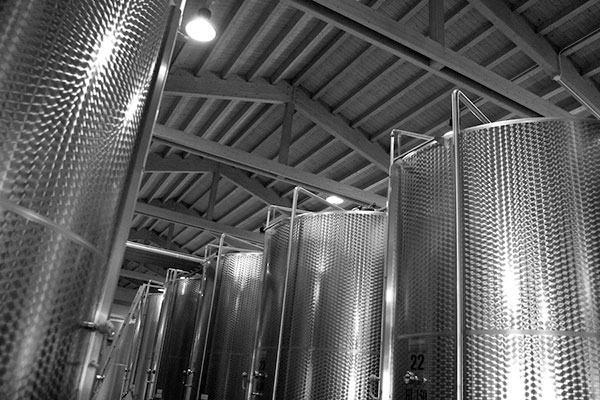 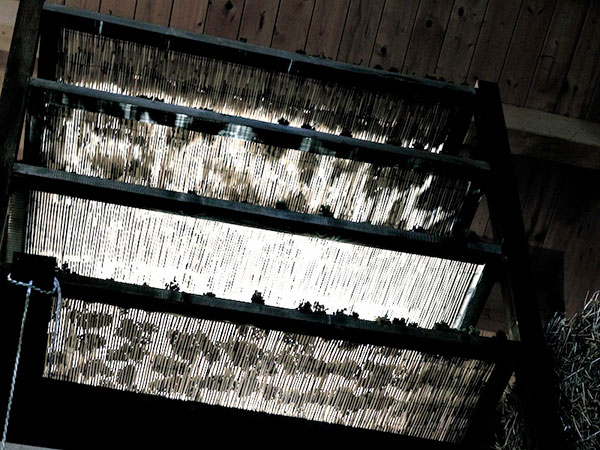 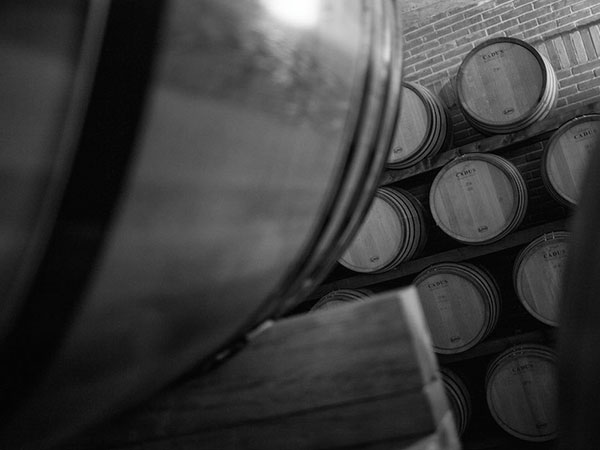 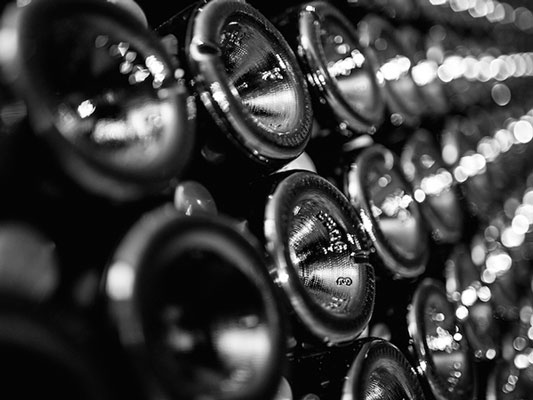 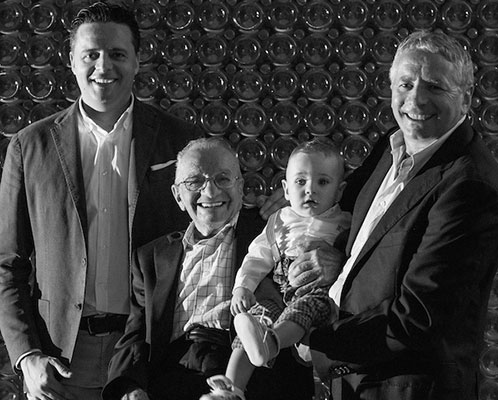 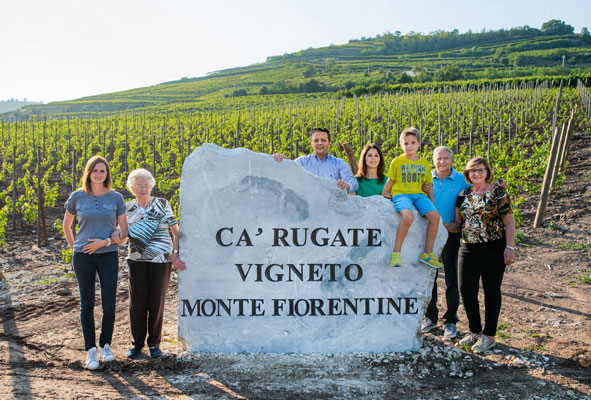 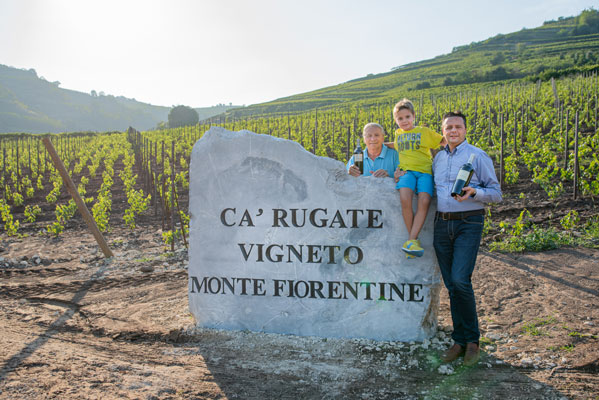 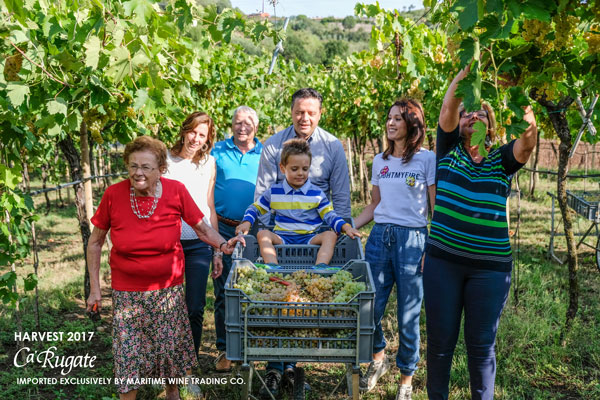 Ca’ Rugate is an agricultural business in Veneto which produces local wines that express in a simple and natural way the land on which they are grown, that of Soave Classico, Valpolicella and Lessini Durello. The company has known how to innovate, reinterpreting traditions and investing in the vineyards most suited to the cultivation of historical vine types. Its history goes back 100 years, bound to the four generations of the Tessari family and the dark and volcanic land of the Rugate hill, near the center of Brognoligo, where it all began.

At the beginning of the 20th century Amedeo “Mideo” Tessari recognized the high-quality potential of his while selling his own wine in the family hostelry. From father to son the history of Ca’ Rugate is rooted the land of the Rugate. In the 1930s, the Tessari family farmed cherries, plums, peaches and almonds. Not a great deal of Garganega and Turbiana grapes were produced and they were sold at the local markets.

Over the years the vineyards were extended, and Mideo’s son, Fulvio “Beo” Tessari, who had just bought the vineyards at Monte Fiorentine decided to make a wine himself. New concrete vats and large-sized casks were purchased and the first family winery was started at Rugate around 1950 and production grew rapidly. Fulvio and his eldest son, Amedeo, extended the Brognoligo winery and invested in new machinery. The first bottles with a Ca’ Rugate label were of 1986 vintage, and Ca’ Rugate wines began to cross national borders.

In 2001, the fourth generation of Tessari joined the business; Michele, Amedeo’s son. He began a major modernization process for the business, both in terms of quality and organization. 37 acres of vineyards in the nearby district of Montecchia di Crosara in Valpolicella were purchased. Concurrently a new modernized winery was opened in September 2002 at Montecchia di Crosara, along the Val d’Alpone road. This strategic and structural growth was supported by a network for wine distribution, which today stretches to 98 Italian provinces and 42 countries abroad.

In 2009 there was an investment in the neighboring area of Lessini Durello and today Ca’ Rugate is a business well-rooted in the local land, but which also breathes in an international climate. With a property of over 175 acres of vineyards and a production which combines respect for tradition with appropriate innovation, the wines are the fruit of conscientious and meticulous work, in the name of continuity and quality.